Jenson Button is now the number one driver at McLaren, and Sergio Perez is the team’s number two. Button is excited by the prospect of being the team’s number one driver and is looking forward to the 2013 season. Jenson Button is a very talented racing driver and for the last few years must have felt like he has been in Lewis Hamilton’s shadow. Well not any more and he won’t be doing Lewis any favours this season, in fact he is going to be in direct competition with him. Lots of people have been left wondering if Lewis has done the right thing moving to Mercedes, especially towards the end of the 2012 season when he started to get his form back and was being seen up on the podium more frequently.

Mercedes team for the 2013 season is led by Team Principal, Ross Brawn. The Mercedes team entered F1 in 2010 and in their first two seasons have achieved a pole position and three fastest laps. The Drivers Rosberg and new boy Hamilton are a strong duo for the team. So the big question is whether Mercedes are ready for these two world class drivers? Is the car fast enough for them to take any pole positions this season? Can they do better and win either the drivers’ or the constructors’ championship? Lots of questions and time will soon tell! 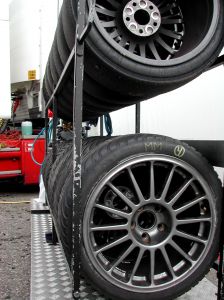 Pirelli tyres is the sponsor for 2013 and these tyres made a dramatic difference to team tactics in 2012. The Pirelli’s performance is great when the tyres are new and then after a few laps they seem to wear which results in drivers feeling like the tyres have gone then after a couple of laps they come back and the drivers can race properly again. When the Pirelli tyres go their performance literally seems to drop off a cliff! This makes for very entertaining watching and some extremely nerve racking moments for the teams.

Mercedes last year failed to get a result with the legend that is Michael Schumacher. Schumacher came out of retirement in 2010 but failed to make a name for himself in his second appearance in F1. Previously Michael had an impressive career in F1 with 91 wins, 155 podiums and 77 fastest laps. In fact for his second F1 career he can be better remembered for some spectacular crashes. I guess the old saying of quit while you are ahead would have made good sense for Michael.