Michelin tyres help the new Citroën Hybrid Air eco prototype to reduce its carbon dioxide emissions, increase its energy efficiency and improve resistance to aquaplaning. The Hybrid Air was revealed at the Geneva Motor Show with production for the energy-efficient car planned for 2016. 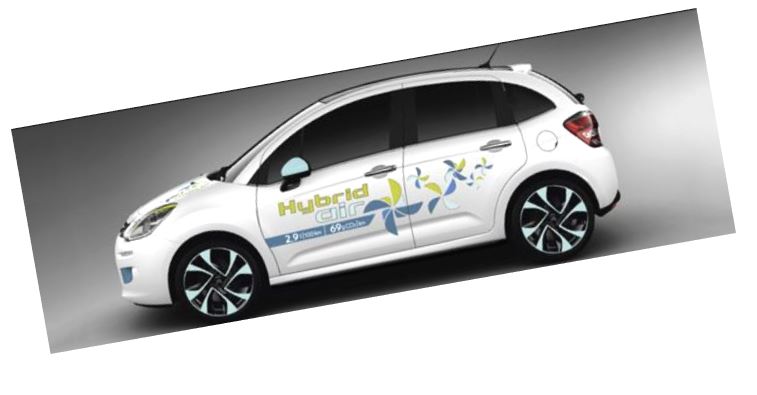 Citroën’s prototype technology is based on a petrol engine and contains hydraulic components instead of a battery. The Hybrid Air aims to provide increased accessibility than ‘traditional’ hybrid and electric cars, with claims that it can achieve 2.9 litres of fuel per 100km with 68 grammes per km of carbon dioxide emissions – that’s almost half the fuel and emissions of the Citroën C3 at the same power. The Hybrid Air was unveiled at Geneva with Michelin’s prototype tyres which assist its eco status by reducing fuel consumption by 0.18 litres per 100km.

The Michelin tyres on the Hybrid Air are ‘tall and narrow’ (size 165/50 R18) with a large diameter, providing lower rolling resistance along with greater aerodynamics in order to increase fuel efficiency and protection from aquaplaning. In addition, the bigger diameter absorbs bumps and irregularities in the surface of the road much more effectively, which in turn gives a smoother, more comfortable ride and reduces noise. Michelin claims that the tyres achieve a reduction of 1.7kg per tyre, meaning a reduction in mass of 6.8kg for the whole vehicle.

Michelin says that the concept tyre’s new technologies may “progressively be integrated into series-produced Michelin tyres in the coming years.”

For an affordable range of Michelin tyres visit Grippy.co.uk to buy your tyres online and have them fitted at a time and place that’s convenient for you with our speedy mobile tyre fitting team!