Formula One is on the way in less than a month! So what does 2013 hold for us? The start of the 2012 season was certainly an interesting battle with the championship battle all over the place. It looked like Alonso had the drivers’ championship under control by half-way through the season which was impressive considering at the start of 2012 everyone wondered what had gone wrong at Ferrari as the car was off the pace and the new nose design looked hideous. However it took until the final race for the drivers’ championship to be decided. Even then it looked like Vettel had it in the bag until an incident meant that he spun out and picked up damage which meant he had to pit. He then got himself back through the pack to win the drivers’ championship. Schumacher helped his German friend out by letting him pass him on his last time in an F1 car.

We start the 2013 season down under in Australia which is an early morning race local time in the UK. We will have to be out of our beds before 6.00! But I am completely sure it will be worth it. The first race to be held in Australia was in 1928, this 3.3 mile track is lots of fun and Mclaren have been the most successful constructor at the Australian Grand Prix. Of course Lewis Hamilton was a big part of that success. Will we see him bring the Mercedes in for a podium position? Lewis and Mercedes have played down the possibility of challenging for the drivers’ championship in 2013, but Lewis is a very determined driver and I don’t think that he will accept a car that is below par and we all know he has the skills to win the drivers’ championship as he has done it before.

At least we do not have to wait too long before the next race after Australia which is Malaysia the following weekend, and the great news is we all get a lie in until 8.00! (unless you have young children) Last year Alonso won in Malaysia so will he repeat his former success and do it all again in 2013? Lewis was snapping at his heels in 2012 and managed a podium finish so will he also be a strong contender? 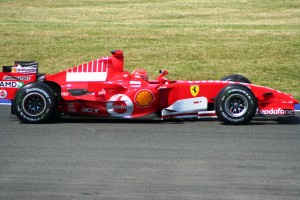 Pirelli tyres is in its second year sponsoring the F1. Lots of mixed feelings about the tyres in 2012. They sure made for an interesting race. Tyre degradation played a huge part in team tactics because as soon as the tyres were worn the performance literally fell off a cliff and you could see the drivers physically fighting with their cars to keep them on the track.

Well we will be looking forward to watching the start of the 2013 season and we will be sure to feedback our thoughts.